Endoscopic repair of CSF leak from the nose in Iran

The brain and the spinal cord are both surrounded by a clear fluid that is called cerebrospinal fluid (CSF). This fluid provides protection for them from injuries and helps in deliver the nutrient materials to them and removing their waste.

The CSF is supposed to remain in the meninges, but sometimes CSF leak can occur due to the presence of a defect in the dura mater or the skull that is caused by an injury for example. Furthermore, this condition can be rare but it requires proper treatment, because if left untreated it might cause dangerous complications.

Due to the high costs of the treatments and to the absence of proper medical care in some countries, some patients look for the treatment in other countries. If this is the case for you, then we ask you to read this article to know more about this surgery and about the reason to consider having endoscopic repair of CSF leak from the nose in Iran.

What are cerebrospinal fluid and (CSF) leak?

Cerebrospinal fluid is a transparent liquid that surrounds the brain and the spinal cord to protect them from any impact, provide them with nutrients, and remove their wastes. 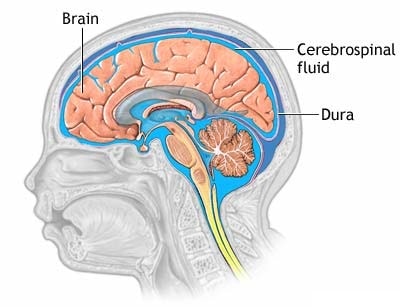 Due to some birth defects, injuries or a brain surgery, the meninges might get perforated causing CSF to leak from the nose among other parts of the body.

The causes of CSF leak

Most of the CSF leak cases are connected with head injuries but it can be caused by other factors such as an infection, brain tumor, surgery on the head or by an epidural injection. Furthermore, CSF leak can sometimes occur after a nose job.

The diagnosis of cerebrospinal fluid (CSF) leak from the nose

The doctor will usually use an endoscope to check your nose and might ask you to lean for a while to check for drainage. If the doctor was able to collect drainage, he/she will test it to see if it contained a protein called beta-2 transferrin.

On top of that, the doctor might ask for a CT and MRI to help him/her determine the exact location and severity of the leakage.

The signs and symptoms of the cerebrospinal fluid (CSF) leak

The patient who have CSF leak usually suffer from a few symptoms that include:

Because both CSF leak and migraine can cause severe headaches that are almost similar, some patients might be misdiagnosed with migraine when they actually have CSF leak. To make things even worse, both conditions can cause tinnitus. However, if you noticed that you are suffering from tinnitus while not having a headache then you should consider the possibility that you are suffering from CSF leak.

Many patients are misdiagnosed with sinus problems instead of CSF leak because runny nose is a common symptom for sinus problems. To avoid the confusion, you should know that when having runny nose due to CSF leak, the dripping will be constant and will come from one nostril.

The treatment of the cerebrospinal fluid (CSF) leak

Who is a good candidate for endoscopic CSF Leak Closure?

A good candidate for endoscopic CSF leak closure is the patient who suffers from CSF leak from the nose and who did not get better after undergoing non-surgical treatments.

How is the surgery done? 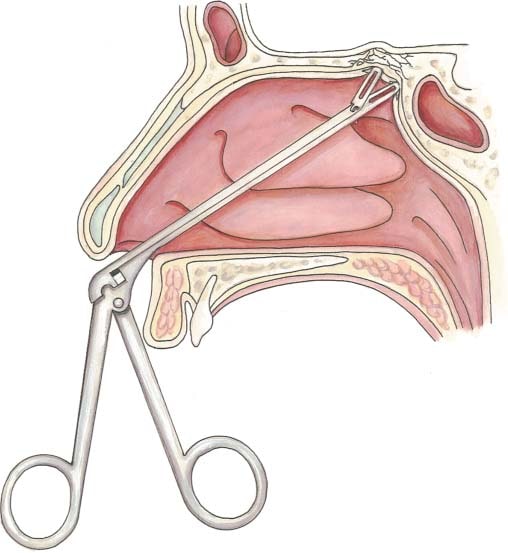 The surgery is usually done under general anesthesia. Most patients might have to stay for two to three days in the hospital before they can go home.

What you should do after endoscopic CSF leak closure?

After the surgery, your doctor will ask you to follow a few instructions to help you recover. These instructions include:

The recovery period for endoscopic CSF closure usually takes from 4 to 6 weeks. After that, you should be able to go back to your job.

Although meningitis is considered the most common side effect that is associated with endoscopic repair of CSF leak from the nose, but the possibility of the occurrence is about 0.03%. Some patients might suffer from other complications such as hydrocephalus, intracranial abscess, and mucocele formation.

Why you should consider having endoscopic repair of CSF leak from the nose in Iran?

Iran is considered one of the best places to have an endoscopic CSF Leak repair surgery because it provides fine medical care in its hospitals, clinics, and medical centers. Iranian hospitals are equipped with the most advanced medical devices and their staffs are professionally trained.

Iran has some of the best doctors and surgeons in the world. Those doctors are well trained and have tons of experience, so you can be certain that you will have the best results in Iran.

On top of that, you can save a lot of money when having surgery in Iran. The prices in Iran are far lower even with the cost of the accommodation and the traveling expenses.

Why to undergo endoscopic CSF leak from the nose in Iran with Dr. Saeedi?

Dr. Masoumeh Saeedi is one of the experienced ENT, head and neck surgeons and otolaryngologists in Iran. She has had her otolaryngology fellowship about 12 years ago, in which she was ranked first in the country. Since then, she performed more than 5,000 successful complicated surgeries including many surgeries for the repair of CSF leak from the nose and the ear to both Iranian and international patients.

Dr. Saeedi has undergone many specialized courses in medically-developed countries such as Germany, France, Malaysia, South Korea, Portugal to name a few. She was also able, at the age of 33 only, to become an associate professor of otolaryngology in Baqiatallah University of medical Sciences in Tehran.

Cost of endoscopic repair of CSF leak from the nose in Iran with Dr. Saeedi

Well, it is rare but possible for CSF to cause high blood pressure.

Can CSF leak cause meningitis?

Yes, meningitis is the most common complication that accompanies cranial CSF leak, but spinal CSF leak does not raise the risk of having meningitis.

Can CSF leak cause fever?

Yes, fever can be associated with CSF leak. And because of this fever and neck stiffness, some patients sometimes get misdiagnosed with migraine or allergies.

Do CSF leaks heal themselves?

In many cases, there is a possibility that the leak heals by itself without any medical intervene.

Does CSF leak show on MRI?

Brain MRI scan can be used to help the doctor specify the exact location of the leak.

Does CSF leak cause dizziness?

Yes, some of the patients can feel dizzy due to a CSF leak.

Does CSF leak show on a CT scan?

Just like MRI, CT scan imaging can help determine the exact location of the leak.

How is CSF leak treated?

Can CSF leak from both nostrils?

No, if you have a runny nose due to CSF leakage, the dripping will be constant and come from one nostril. If the dripping comes from both nostrils, then you are likely suffering from sinus problems.